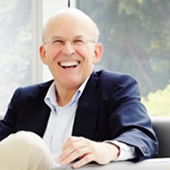 This Franco-Ontarian gets carried away as soon as you mention cognitive neuropsychology, a field that studies the relationship between the brain and behaviour, interactions among brain structures and such cognitive skills as memory, language and attention. As part of this interview, Dr. Guy Proulx talks about various memory disorders, dementia and Alzheimer’s disease. (16 February 2014)